The Republican Argument Against Mueller Investigation, & A Reply 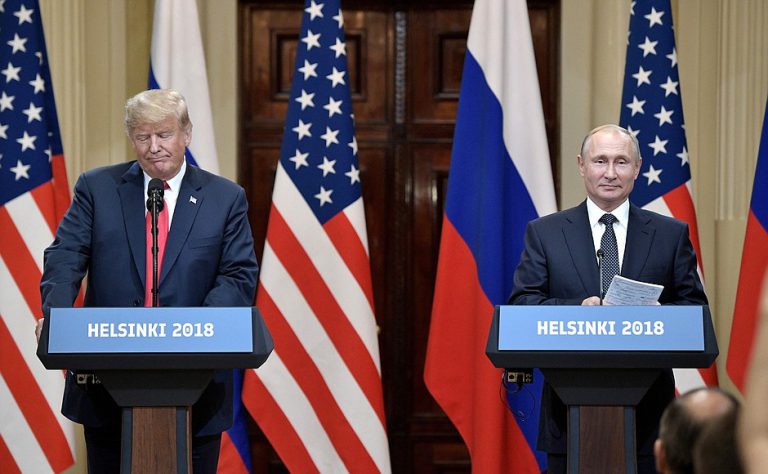 I find it helpful to reiterate what I hear Republicans saying so that I understand better what they are saying, understand both sides of an argument, and to learn. After all, without an open mind, why discuss.

The Republican Argument Against the Mueller Investigation

First off, I’m a Democrat. I think I have the current Republican position correct, but contact me to educate me if I missed something. My counter argument follows.

Mueller should never have been appointed because there either was no Russian interference, or if there was, it was no big deal.

The few things Mueller has found are not that big a deal and can be ignored. Especially because Mueller is an Obama-Bush guy and his team is almost entirely democratic. Nothing Trump did rises to the level of impeachment.

The people saying Trump did something wrong are lying in order to get a reduced sentence for the crimes they committed.

At this point, the Mueller investigation should be shut down because Mueller has found nothing. There is no evidence a single vote was changed, nor any evidence that Russia changed anyone’s mind prior to voting, nor collusion by any Americans let alone by Trump.

Finally, Trump did not obstruct justice. But if he did, there was no underlying crime so it doesn’t matter.

A Reply to the Republican Argument

The Republican argument against the Mueller investigation is not a valid argument. The reasoning, including many denials and red herring logical fallacies, is jarring. Let’s break it down.

Most of us knew Russia was interfering with the 2016 election during the election so it had to be investigated. The fact that Trump and Republicans were unwilling to investigate required a special prosecutor. This became especially true when Trump fired Come and said in an interview that he did it because of the Russia investigation. The fact that Russia also interfered in the 2018 election and Trump and Republicans did practically nothing to stop it, announce it, nor punish it.

Special Counsel Not Limited in Scope

The scope of special prosecutors is determined by the DOJ. When law enforcement is investigating a crime, they do not ignore additional crimes they stumble into during the regular course of the investigation.

As for bias, Mueller, a life-long Republican, was appointed by Bush for the usual 10-year term in 2001. The Senate unanimously confirmed his appointment 98-0. Obama did extend his 10-year term by about 2 years while he found a replacement, but he never worked for Obama. And, he overlapped with Obama’s administration for only 4 years.

AG and the DOJ Protecting Trump

Roy Marcus Cohn was Senator Joseph McCarthy’s henchman and was closely associated with McCarthyism. Cohn represented Roger Stone, Rupert Murdoch, and is credited with introducing Trump and Rupert Murdoch. Cohn was so unethical that the Appellate Division of the New York State Supreme Court disbarred him for unethical conduct in 1986.

Current Results, Shut it Down Early

The current results of the Mueller investigation are mute. It doesn’t matter. Investigations need to be completed prior to judging their effectiveness.

We also know many other things but if you’re not looking then of course you will not see.

No Votes were Changed

First of all, no one is claiming as of yet that votes were directly changed after they were cast. Claiming that’s our argument is a straw-man logical fallacy. Secondly, you are correct that a lack of evidence, is not evidence. That’s why we are waiting for some evidence that Russia changed votes. Most of us don’t even think that happened. However, if it did, you’re right, that would be a big deal.

By the way, Russia did compromise 7 states. They had access to voter databases including voter registration rolls, but so far there is no evidence they changed any data. At least not that we know of yet, but that’s one of the questions that may be answered with Mueller’s report and just one of the many reasons we need to let Mueller finish.

Here is a list of act we know about now that could be used for charges of impeachment:

There are so many impeachable acts based on obstruction of justice, I’ll list them separately here.

Crimes Prior to Becoming President

The Republicans were trying to impeach Bill Clinton for Whitewater which occurred in 1979, a full 13 years prior to his presidency. The Clintons were found 100% innocent. Only scumbag partisans say otherwise. Trump should be put to the same test. As it appears right now, Trump is one of the biggest financial criminals in American history. According to reporting, he may have committed tax evasion, money laundering, and other fraud crimes in the $500 to $900 million range, perhaps more! We need to find out. We cannot let rich people get away with crimes. No one is above the law.

I think you’re saying that you have not seen any evidence to convince you that Trump conspired with Russia, or at least not enough. To that I say fair enough, but please do wait for Mueller’s report. After all, as you pointed out above, a lack of evidence is not evidence.

But, let’s talk specifically about treason, collusion, and conspiracy with Russia. We are all awaiting Mueller’s report, so, like above, it’s fair to say you’re going to wait until that comes out. However, for most of us, including many Republicans, and many who voted for Trump, there’s already enough evidence.

For example and this is just one example, we know many things about June and July 2016 which is while Trump was running for President and telling his supporters that he had no ties with Russia.

1. Russia was interfering in our election on behave of Trump,
2. Trump knew Russia was helping him with the election (a crime),
3. Trump was communicating directly with Putin’s office,
4. Trump was negotiating building a Trump tower in Moscow,
5. Trump offered Putin a $50 million apartment (a crime),
6. on July 27, 2016, Trump asked Russia to find the HRC emails.
7. Two hours later, Russia was attempting to hack the HRC email servers.

Trump Did not Obstruct Justice

The evidence is clear that Trump obstructed justice but let’s wait for Mueller’s report if you’d like.

The truth is that prosecutors use plea deals frequently.

Journalism is a good tool to evaluate a subject. Sometimes it’s a good idea to extract journalistic questions from both sides of an argument. That helps enable understanding by allowing you to ask these questions of others and listen and process their answers. You need to be open to the idea that you are wrong about some detail, and/or perhaps the whole argument. Journalism is like science, and the law. All three are truth-hammers.

Here are some of the major questions regarding Mueller, Russia, Trump, and the 2016 election: