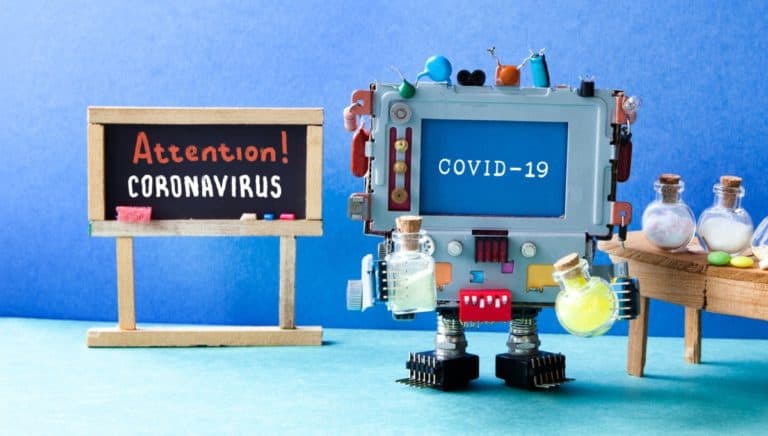 My primary concern with Covid-19 is that I’m the caregiver for my wife Lisa. She is definitely in the at-risk category so I just want to keep an eye on Covid-19 progress, and make sure the response from my government is on track and that our health-system is indeed the best on Earth. So far, I am more than disappointed in the Trump administration, and it’s clear we do NOT have even an average health-care system in place despite spending more per person than every other country.

The math on Covid-19 indicates we are in for a rough ride. Facts matter. Math matters. Science matters. Why? Ignoring scientific recommendations is NEVER a good idea and has proven disastrous in the past.
I’ve been watching Italy for the last month and writing about it for the last 11 days to understand what’s coming to America. Italy handled the Covid-19 pandemic poorly and many experts say America is still handling it worse.

Why Italy? Why is Italy a good sample to watch?

Why is America worse off than Italy?

So, what does all this mean…

You will not hear this from the “happy-talk” President, but today Italy reported 627 new deaths. This means you should expect a death rate of 3,000 PER DAY starting on about April 25th here in America. If we have more, that’s really bad, but if we have even a bit less than 3,000 per day, that’s okay, that’s lower than what we expect.

The average time from first symptom to death is 14 days. About the same time it takes Ebola to kill you, but ebola is way more contagious, and an ebola death is dramatic, but death is death. The bottom line is you can watch the CFR by looking at today’s reported deaths and comparing it to 14 days ago. You still have to average out multiple days because of data variance and reporting issues, but this is another data point to watch. However, it is currently all over the place. Meaning, data problems make it impossible to use so far.

March 21 Italy reported 627 deaths and 13 days ago on March 7 they reported only 1,247 new cases. That’s a death rate of about 50% which is not possible based on current known variables, so this indicates bad data, or the first-symptom -to-death number of days is much shorter than 14 days. More likely, Italy is just not testing enough to get an accurate number.

Death Rate is a Big Deal

If you are confused about why it’s a big deal that the coronavirus has a kill rate of about 2%, compared to the flu with a kill rate of .1%, here’s why…
The flu has a kill rate of about .1%, 20x less, and the flu kills about 56,000 people per year. You can do the math on the Coronavirus and multiply by 20x, which is potentially 1.1 million people per year.
A little history can help explain why this is a big deal too. My wife Lisa’s grandado caught the Spanish flu in 1918. It traveled around the world in 1918 and 1919 and infected about 1/3 of the population and killed 50 million including my great uncle Clark Lupton who was in boot camp and only 18 years old, similar to Lisa’s grandado but he did not survive. The Spanish flu had a kill rate about the same or a bit higher than the Coronavirus, about 2% to 3%.
Things are better and worse now. Lisa’s grandado’s successful treatment was to put him on a cot in the parking lot outside Annapolis and eat 5 oranges a day. Wow, we’ve definitely come along way treatmentwise. However, planes transport bugs around the world much faster so it is likely to spread faster, but we are much better equipped.
It’s also a big deal that Trump and his people either do not understand these facts or are ignoring them. Leadership is about managing, not denying. Science matters. Facts matter.

Is Trump dumb, or lying?

Here’s an inconvenient fact. Either Trump is purposely lying to the people he represents, or he is incapable of understanding science.

Why? Do a thought experiment. Assume Trump believes his public statements including tweets are true. Meaning, Trump himself believes he is telling the truth. If that is true, then Trump has no understanding at all of what a global pandemic is, nor how to respond to it, nor what the scientists are recommending. If he does know what he should be doing, and he’s lying, well, then he’s lying.

Now, I truly do not think the above statement is a false choice logical fallacy, but as always my mind is open. If there’s another option, let me know.

Trump should simply follow the advice of the scientists. It’s that simple. The virus is not Trump’s fault, but ignoring science and the recommendations from his scientists is his fault and an example of poor leadership.

If you are wondering about the math on hospital beds and Covid-19, here’s a sample model of the math based on currently available data. This math gives you an idea as to why the experts are concerned and are recommending a stronger response from our government:

Currently experts believe that 70 to 150 million Americans will catch Covid-19 with about 20% of those showing flu-like symptoms, and somewhere between 1% and 4% of the 20% will need a hospital bed. In America, we only have about 1 million hospital beds for ALL patients, and only about 100,000 respirators.

Our best case math based on current expert data is that we’ll need about 140,000 beds dedicated to Covid-19, but not all at the same time. If the CFR death rate is low at 1%, this could lead to about 1,400 deaths in America. That increase in hospital beds would greatly stress our medical system but we likely can handle this.

The math to support the above is:

Our worst case math based on current expert data is that we’ll need about 1.2 million beds dedicated to Covid-19, but not all at the same time. If the CFR death rate holds at 2.3%, this could lead to about 27,600 deaths in America. Our medical system cannot handle this so deaths would rise dramatically because of less than state of the art care. Under this scenario, the military will likely be called in to build temporary hospitals.

The math to support the above is:

We will likely end up somewhere in the middle? Maybe? It all depends on how well our government responds and mitigates this emergency. So far, the Trump administration is incapable of listening to the scientists and following best practices. Trump’s focus is on keeping business going and politics, which is not the type of leadership we need right now.

Both Covid-19 and flu patients rarely get sick enough to go to the hospital, and it’s important to compare apples to apples. When scientists are talking about the Ro and CFR rates they are talking about apples to apples, but we cannot get verification until it’s over. Right now, they are guessing. Currently Covid-19 appears to be slightly more infectious than the flu (Ro 2.8 vs. 1.28) and has a higher case fatality rate (2.3% v. 0.1%). The .1% represents 56,000 deaths per year. If Covid-19 stays at a CFR of 2.3, that means it is 23 times more deadly than the common flu which means 1.2 million people will die from Covid-19 in America. Again, I’m not saying we should panic, I’m just saying all the steps everyone is taking is a good precaution just in case the science pans out.

Here is a bit of the science behind the risk. I had to dig up these stats from various scientific papers.

Note: CFR varies DRAMATICALLY from untreated, old school treatments, and modern treatments. Meaning, the historical CFR for the plague was about 50 because the plague was mostly allowed to run its course for centuries. Now, cases are treated.

Containment Could have Been Better

Here is my summary of Covid-19 and politics as of about March 10th; my bottom line viewpoint.

When society has an outbreak of a new strain, we first try to contain the outbreak with what to do based on ACTUAL FACTS. The actions usually include good recommendations and a quarantine of areas. If we can contain a new strain, then we’re safe, but if we cannot, we must move on to mitigation. Furthermore, if we do a better job at containment, mitigation is much easier. If we screw up containment, mitigation is harder.

The stock market is crashing because analysts are not stupid and they know Trump, Kellyanne Conway, and Larry Kudlow are lying liars who lie and are spoiling our ability to contain the outbreak and increasing the difficulties we will face during mitigation.

Because the Trump Administration ignored facts and scientists, we LOST our window to contain Covid-19, or perhaps better said, we could have done a better job with containment.

Now we have moved on to mitigation and we don’t know how bad that will be but we can look at other countries that are further along in the process and the ones that messed up containment like we did are having a harder time.

It’s definitely fair to say Covid-19 is an example of a really bad and serious flu. The reason it’s a serious concern is that it has a kill rate that is somewhere from 1.4 to 4. If only 1.4, that’s still 14 times more deaths than the flu. The flu kills 56,000 people a year so the potential is a minimum of 784,000 deaths per year. We are all hoping these numbers go down, but until they do, we should all be careful and take this seriously.

The reason this is a BIGGER story than the flu is that there is a possibility of 1.1 million deaths from Covid-19, and the fact that the Trump Administration is SOOOO bad at governing and does not believe in science.

Contrast the potential of 1.1 million with the flu which kills about 55,000 per year. We are all hoping that prediction goes down and is managed well. The average time from first symptom to death is only 14 days. About the same time it takes Ebola to kill you, but ebola is way more contagious, and an ebola death is dramatic, but death is death.