HRC Basket of Deplorables, A good example of what’s wrong with politics today. 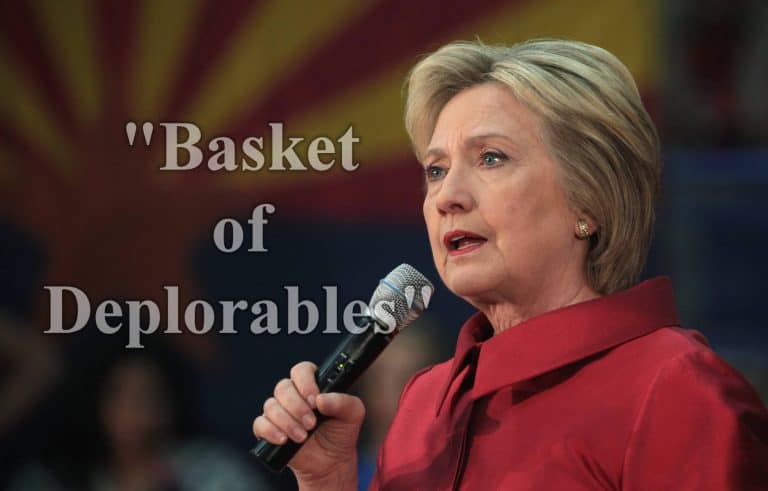 With this article, I do have a specific goal. If you agree with my argument and you have repeated the Basket of Deplorables miss-representation, I want you to stop repeating it. I also want you to consider fighting against the Republican Echo Chamber as much as possible. All I ask is that you read my argument below. If you disagree, that’s ok, but at least you will have heard my argument. Now, if you have a counter argument, by all means, add a comment below. Comment or not, I’m hoping you will give due consideration to this argument.

Basket of Deplorables, Stuck on God and Guns

First off, the HRC Deplorables statement was not the first. Obama’s “stuck on God and Guns” was the previous statement of focus and hate. I do agree in hindsight that both HRC and Obama should not have said those two statements. But, keep in mind, both apologized immediately and repeatedly with sincerity and, most importantly, never repeated the statement. Ask yourself, why is the Republican Echo Chamber hating on them so much and for so long?

I think this whole “deplorables” thing is a good example of Republican Echo Chamber trickery. They repeat a statement many thousands of times to a willing audience. The statement that HRC and Democrats think Trump supporters are dumb and deplorable is repeated many times—usually simplified to Democrats think half of Americans are deplorable. But, just because they repeat something ad nauseum doesn’t make it true.

Ok, here’s the truth about the HRC deplorable thing.

Trump supporters believe the HRC deplorable attack was ad hominem (an attack on all). I think HRC had it right when she said about half of the Trump supporters at the time are deplorable. I know Fox News and others want to ignore the truth and math, but it’s important. Especially, if one is going to make a mountain out of a mole hill.

First off, the math. At the time, Trump had about 41% of likely voters. 138 million voted in 2016 so 41% is about 56 million. But she said half which is about 28 million. That’s 8% of the population — not 50% of all Americans as stated by the right echo chamber many times. Repeating something does not make it true for people who know how to think.

Do you agree that at least 8% of Americans are racist, sexist, homophobic, xenophobic, and/or Islamaphobic?

I think the data is clear that 8% is very low. After all, 23% of Americans believe Obama was born in Kenya. And, 23% believe in UFOs.

Here is what HRC really said. Do you really have a problem with this?

On September 9, 2016, at an LGBTQ conference in New York, she said the following:

“I know there are only 60 days left to make our case — and don’t get complacent, don’t see the latest outrageous, offensive, inappropriate comment and think, well, he’s done this time. We are living in a volatile political environment. You know, to just be grossly generalistic, you could put half of Trump’s supporters into what I call the basket of deplorables. Right? The racist, sexist, homophobic, xenophobic, Islamaphobic — you name it. And unfortunately there are people like that. And he has lifted them up. He has given voice to their websites that used to only have 11,000 people — now 11 million. He tweets and retweets their offensive hateful mean-spirited rhetoric. Now, some of those folks — they are irredeemable, but thankfully they are not America.

But the other basket [of Trump voters] — and I know this because I see friends from all over America here — I see friends from Florida and Georgia and South Carolina and Texas — as well as, you know, New York and California — but that other basket of people are people who feel that the government has let them down, the economy has let them down, nobody cares about them, nobody worries about what happens to their lives and their futures, and they’re just desperate for change. It doesn’t really even matter where it comes from. They don’t buy everything he says, but he seems to hold out some hope that their lives will be different. They won’t wake up and see their jobs disappear, lose a kid to heroin, feel like they’re in a dead-end. Those are people we have to understand and empathize with as well.”

The Republican Echo Chamber pushes the hate filled deplorable narrative because they know people like to feel sorry for themselves, and love to hate a villain–someone to focus their anger at. They also know most of their voters will believe anything they repeat enough. This is part of their team first mentality.

What she actually said was accurate, fair, and needed to be said! Yes, even at the time! And, yes, it was a mistake to say it the way she said it especially by a presidential candidate just 60 days before an election. Why? Because tensions are too high and everybody is amped and ready to pounce and twist reality into a hate-filled fantasy. Many people, including Republicans, have said essentially the same thing in the last several years and it was okay because it was accurate, fair, and needed to be said.

I’m hoping you pass on this truth to others. Either way, I think we both agree that truth matters. Facts matter. Reality matters. 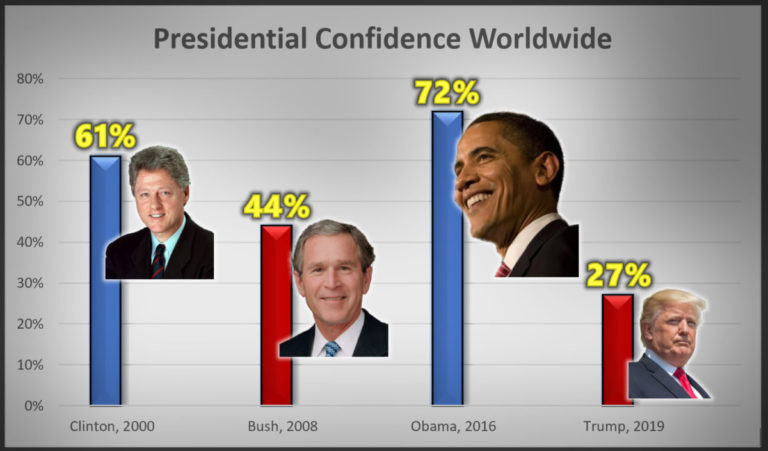 Is Trump Popular in America and Around the World?
November 2, 2019

Why Trump is Ranked Worst President by Historians
October 29, 2019