Is Antifa a Terrorist Group?

Peaceful protesting is part of the soul of America. Supporting peaceful protests in support of Democracy has long been the policy of the United States. FACT, ZERO PEOPLE have died at the hands of Antifa (an anti-hate, anti-racism, anti-fascism protest group). 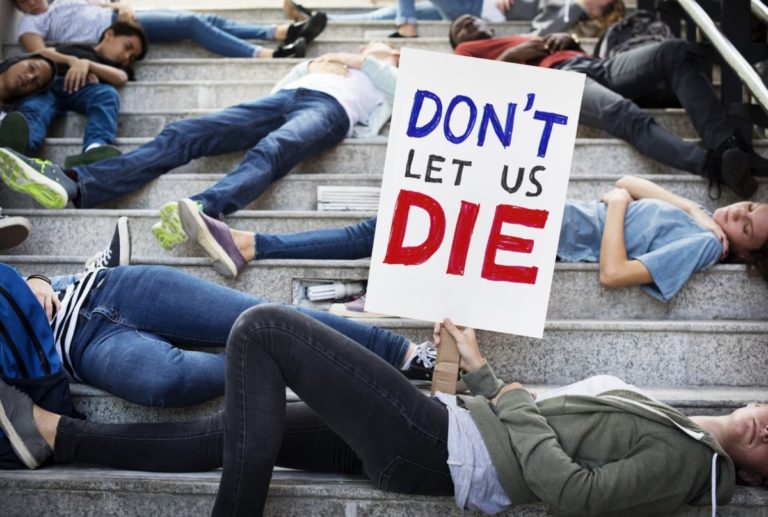 On Saturday, August 17, 2019 Trump attempted to distract using fear of Antifa. Trump LITERALLY tweeted that he is personally pushing to have Antifa designated a terrorist group.

Major consideration is being given to naming ANTIFA an “ORGANIZATION OF TERROR.” Portland is being watched very closely. Hopefully the Mayor will be able to properly do his job!

Just to be clear, this is a distraction based on fear with no relation to reality.
I’m not a big fan of Antifa, but the FACT is that ZERO PEOPLE in the entire history of the world have died at the hands of Antifa. ZERO!!! Antifa is an anti-hate, anti-racism, anti-fascism protest group.
How many millions have died at the hands of White Nationalists, the KKK, Islamic terrorists, Nazis, Neo-Nazis, and other hate groups? If you fear Antifa, you really need to take a look at your own values.

A Clear Example of Machiavellian Tactics

Trump, White Nationalists, and the far-right are trying to divide us. Some, like Trump, hope to win an election. Others hope to continue the work of Charles Manson and start a race war. For those just trying to win an election, remember, the ends do not justify the means despite Machiavelli’s arguments for it in his book “The Prince”. For most, the counter-arguments in favor of “the ends DO NOT justify the means” destroy Machiavelli’s arguments.
Today Trump continues to define the 2020 Election as racists vs humanity. I’m on team humanity.