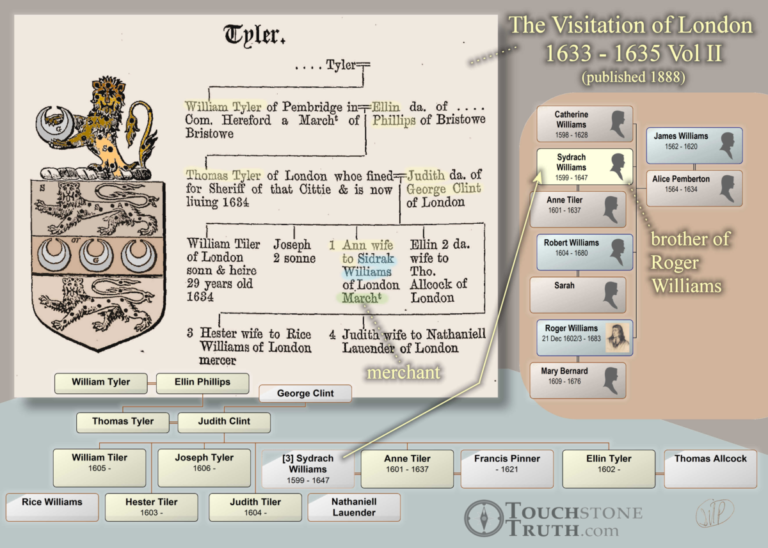 Biography: Sydrach Williams was born to Alice Pemberton and James Williams. He was the brother of Roger Williams of Providence, Rhode Island.

I have no reliable records of his birth date. Currently, I’m using 10 Jan 1600 as his birth date which is the most common date I’ve seen. If Robert was born in 1600, his father, James, would have been 38 and his mother, Alice, 35.

The second most common is 10 Jan 1599 but I think this is an indication of an English double date. Modern birth records range from 1595 to 1607. I have seen a mention of a 1621 marriage record indicating 1595, but I have yet to see the actual record.

His sister Catherine died in 1628 when Robert was 24 years old.