On Wed, Sep 4, 2019, Trump used an altered graphic behind the Resolute Desk in the Oval Office. Not healthy. Democracy needs leaders with healthy minds, who tell the truth and abide by our laws. #SharpieGate #TrumpGibberish #TrumpCrimeFamily

This Has Never Happened!

On Wednesday, September 4, 2019, Trump displayed an altered official weather graphic. Trump was trying to validate his false claim, likely just a slip of the tongue, that Alabama five days into the storm could be affected by Dorian so he or his team altered an official graphic of Hurricane Dorian’s trajectory to include part of Alabama. This is not the behavior of a healthy human, nor of a healthy administration. The fact that the Republican Party and the RNC both stand by Trump shows the Republican Party is not currently a healthy political party.

To state it more bluntly, the president of the United States or his staff altered an official weather graphic and displayed it from behind the Resolute Desk in the Oval Office! When offered an opportunity the same day to correct the record, he refused. The next day, rather than correct the record, he tripled down trying to defend the altering of an official government graphic and as of yet has not admitted the graphic was doctored, nor has he corrected the false information given to the citizens of Alabama. Also, Trump broke the law! Specifically, U.S. Code title 18 § 2074.

I wonder if the average Trump supporter can even acknowledge this behavior is wrong? Most ignore the evidence in favor of a single planted lie. I accept that. I believe in 100% freedom of conscience. For the rest of us, here are the facts and they speak for themselves:

Thu Aug 29: The storm shifted east and was now a threat to the East Coast, not the gulf, and definitely not Alabama.

Same day: Trump uses the graphic in question (unaltered) in a press conference in the White House. At this point it is fair to say Trump likely had in his mind that it could continue into Alabama even though the threat to Alabama was no longer in the forecast.

Sun Sep 1, 10:51 AM EST: Trump had a minor slip of the tongue and with no evidence panicked the people of Alabama with

“Alabama…would most likely be hit (much) harder than anticipated.”

Dorian was now a Cat-5 hurricane thrashing the Bahamas.

Also Sunday, National Weather Service sent out an agency-wide DIRECTIVE not to contradict Trump’s LIES. Wow! That’s weird and undemocratic as hell! Who did this? We must find out.

Also Sunday, The National Weather Service office in Birmingham contradicted Trump by tweeting Alabama would “NOT see any impacts from the hurricane.”

Wed Sep 4: Rather than simply correcting the record, Trump holds a press conference in the oval office from behind the resolute desk and doubles down on a minor slip of the tongue with an absolute LIE and by breaking one of the laws of the land. He shows an altered weather graphic with a black bubble written in sharpie that includes a corner of Alabama.

Also Wednesday, Trump is directly asked in a press conference if he knows how or who altered the graphic. He weirdly lies and says, “No, no idea.” Trump altered an OLD official graphic, a crime, and extremely weird!

Thursday, Sep 5: Dorian was off the coast of South Carolina.  Trump tweeted several times about Alabama. At 9:39 a.m. EST, he tweeted:

“Alabama was going to be hit or grazed, and then Hurricane Dorian took a different path (up along the East Coast). The Fake News knows this very well. That’s why they’re the Fake News!”

Fri Sep 6: Late in the afternoon, NOAA officials further angered scientists within and beyond the agency by releasing a statement, attributed to an unnamed agency spokesperson, supporting Trump’s claims on Alabama and chastising the agency’s Birmingham meteorologists for speaking in absolutes.  That statement set off a firestorm among scientists, who attacked NOAA officials for bending to Trump’s will.

Trump did it! Reliable reporting confirms that Trump told COS Mulvaney to “fix this problem” and Mulvaney called Ross who then called NOAA. Pure corruption!

American Note: Part of what makes America so special is the separation of powers. This applies to more than just the 3 branches. We do not allow our leaders to corrupt other branches or even other departments. The administration should not even try to influence departments with corrupt intention.

Mon Sep 9: NOAA’s chief scientist will investigate why agency backed Trump over its experts on Dorian

“Let me be clear: The Birmingham office did this to stop public panic, to ensure public safety — the same goal as all the National Weather Service offices were working toward at that time.”

Also Monday, the NOAA chief gave a speech at a conference praising the Birmingham correction of Trump and received a standing ovation from the crowd. This action is additional evidence that the Trump administration was pressuring NOAA.

Also Monday, Wilbur Ross denied he threatened to fire anyone and some members of Congress are calling for Wilbur Ross to resign.

Wed, Sep 11: Trump  is still denying and telling lies. When pressed if he altered the graphic or knew how it was altered, Trump replied:

“Whoever knowingly issues or publishes any counterfeit weather forecast or warning of weather conditions falsely representing such forecast or warning to have been issued or published by the Weather Bureau, United States Signal Service, or other branch of the Government service, shall be fined under this title or imprisoned not more than ninety days, or both.”

Why is this important?

Although not the most serious of crimes, this represents yet another crime committed by Trump and is yet another example of a mentally unhealthy leader that must be removed as soon as possible.

Fundamentally, democracy means that the power of the state comes from the people and not from their leaders nor a few. It includes the principle that laws are applied to all. A healthy democracy applies the law equally to all including leaders and the rich. Democracy also means that the people are not subject to the whims of their leaders. Their leaders must have healthy minds, speak the truth, and abide by all laws at all times. Fundamentally, Democracy is bottom-up from the people to the leaders. It is not trickle-down economics, nor does it mean the 40% of Trumpsters rule over the 60%.

What Trump Meant to Say

I understand what Trump was trying to say, something like,

However, he did not say that and when asked the same day he simply doubled down and “implied” Alabama was or might be in the path of the hurricane. When asked how did the graphic get doctored, he said, “I don’t know”.

Remember, the Trump administration is spending valuable time and energy trying to prove Trump is not weird and crazy. This is not normal, nor productive. 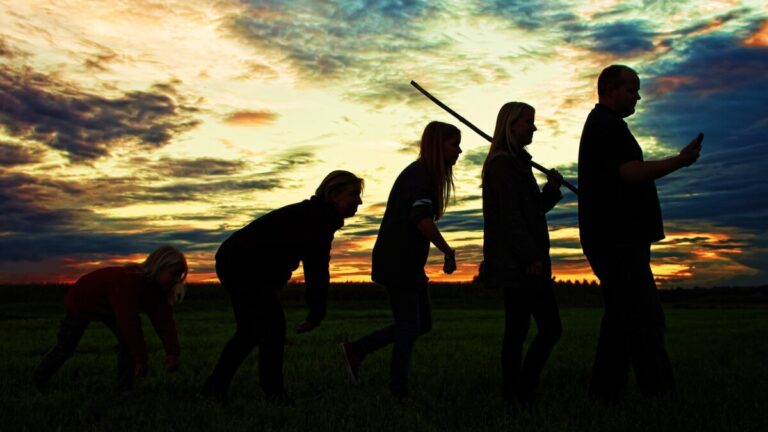