Trump and the Iran Deal, The Truth 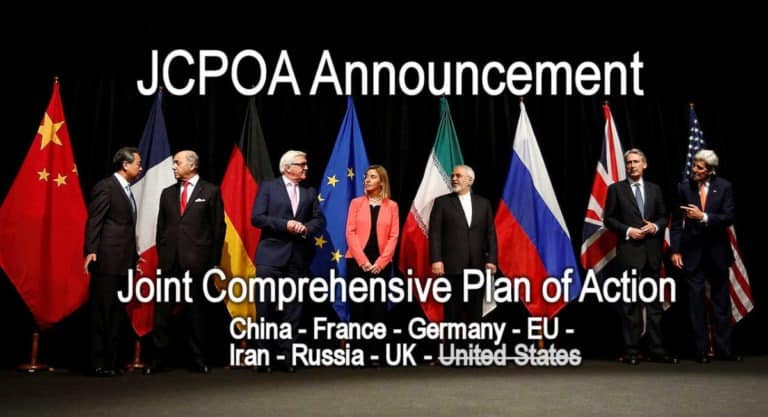 I understand Trump supporters like that America via Trump unilaterally pulled out of the Iran deal. Perhaps you can share why you like that beyond the ad hominem attack (beyond it was a bad deal). I do like civil discussion so I hope you reply and I promise to keep an open mind and listen. Also, I do realize the Iran Nuclear Deal was bipartisan, meaning, both Democrats and Republicans supported and opposed it.

First, a statement. Any movement on terror and conflict must have a plan with the next steps and goals — an end game. Yitzhak Rabin summed it up well and Republicans and Trump supporters would be wise to listen and learn…

A vote for Trump or any Republican is a vote for war. Currently and traditionally, most Republicans, especially on the far right, are warmongers ready to hit with a big stick and reluctant to engage in a peace process.

Although Democrats too have a way to go, currently and traditionally they are also strong on the military but smarter about the details.

My take is that you have to be very careful when listening to Trump and this administration. Trump said he would replace the Iran deal with a better deal he negotiated. He didn’t. He lied. America has no deal with Iran right now. This should be all you need to know.

Richard Goldberg says, “…as the pressure will increase on Iran after the return of sanctions.”

I think Richard was counting on other countries following America. They didn’t. No one did. Not one. In fact, all the other countries involved in this deal panned Trump and America and sided with Iran. Nearly all other countries announced they sided with the deal, not Trump. Even people in our own government side with the remaining Iran deal over Trump. So, we lost. Sanctions by us only work with cooperation from our allies. Trump does not have world support. Sanctions are not working.

Obama Deal Bad Because It Did Not Cover Everything

Richard Goldberg says in response to Iran still funding Hezbollah under Obama deal issue “…it’s not what the deal would’ve covered if I was negotiating it.”

Well, Trump didn’t renegotiate anything. He just bowed out. Gave up his only leverage. Now what? If that was a problem before we pulled out, surely it’s a bigger problem now?

hmmm…America did NOT abide by a deal it made with Iran. In what world would Kim Jung Un make any deal with us when we break the deals we’ve made? This is nuts!

The Killing of Qasem Soleimani

Although I firmly believe Trump is the worst President we’ve ever had, I do support some things he does. I support taking out Soleimani despite the risks. I just fear that Trump has no next steps, no end game, no plan, and he refuses to listen and learn.

For the Republican warmongers on the far right, this is a very predictable next step to war with Iran and will make them very happy. This is one of the obvious next steps to war after Trump unilaterally and with no long term plan pulled out of the JCPOA.

Again, Soleimani was a bad man and I support taking him out, but I sure hope Trump has a long term plan. I fear he doesn’t and this was just a feel good moment. I have observed no diplomatic skills in Trump. Has anyone seen any diplomatic skills by Trump at all? What’s the best argument for Trump’s diplomatic skills?