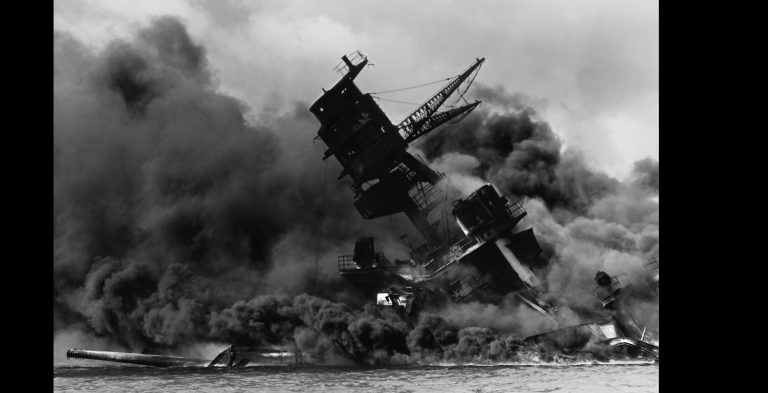 In 1922, Alfred Homann graduated from the United States Naval Academy after surviving the flu pandemic of 1918. The H1N1 Spanish Influenza pandemic infected about 500 million, and killed between 50 and 100 million people worldwide, but it didn’t get Alfred!

Lisa’s Grandado Lieutenant Alfred Homann was serving aboard the U.S.S. Arizona when it was hit at Pearl Harbor. At the time of his death in 1985, he was the highest ranking surviving officer of the U.S.S. Arizona and his name appears on the small survivor’s plaque at the memorial next to the wall of those who perished. 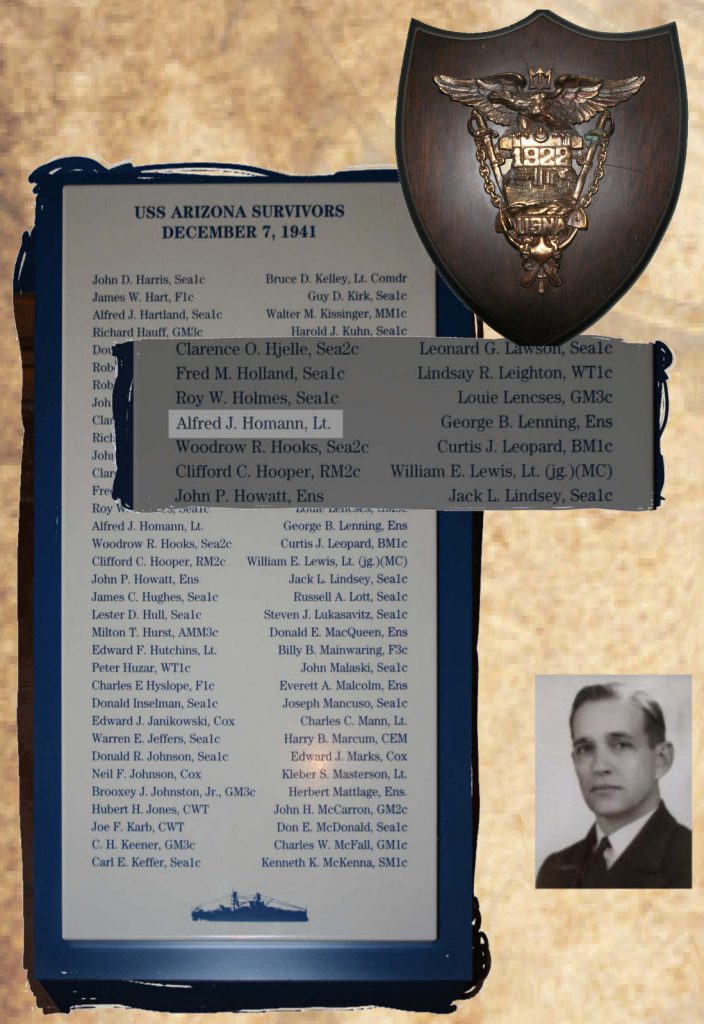 Here is a picture of the Arizona from 1931, about 10 years before Alfred was stationed on it.

In May of 1941, 7 months before Pearl Harbor, the rest of Alfred’s family returns to Pearl Harbor where Alfred is stationed on the Arizona. On Voyage 187 of the ship SS Lurline was Dorothy Homann (Rudisill), age 29; Dorothy Homann, 3; Sigrid “Daphne” Homann, 2; and Josephine Homann, 9 months. Departing SF May 15, arriving at Honolulu May 21.