Roger Williams Through the Eyes of Governor John Winthrop, Pt. 3 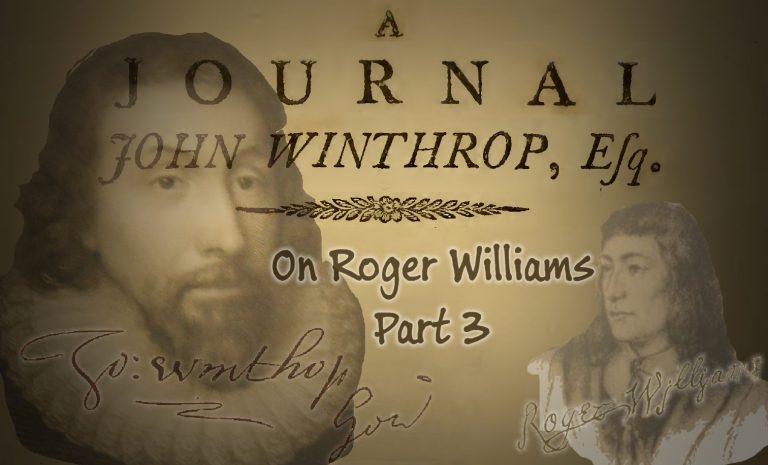 April 13, 1645: Conflict Between Plymouth and Providence

This is the type of conflict that leads to Roger Williams along with John Clarke to return to England to pursue a more robust royale charter in 1651.

“The government of Plymouth sent one of their magistrates, Mr. Brown, to Aquiday Island to forbid Mr. Williams, etc., to exercise any of their pretended authority upon the Island, claiming it to be within their jurisdiction. Our court also sent to forbid them to exercise any authority within that part of our jurisdiction at Patuxent and Mishaomet; and although they had boasted to do great matters there by virtue of their charter, yet they dared not to attempt anything.

“They were to have taken Benedict Arnold for their interpreter; but he being from home, they went to Mr. Williams, who sent for the sachems.

But they had heard that many horsemen were come to take them, which made Pesicus fly over to Rhode Island.

Then our messengers went to Niantick, where Ninicraft entertained them courteously, (there they staid the Lord’s day,) and came back with them to Mr. Williams, and then Pesicus and Canonicus’ son, being delivered of their fear, came to them, and being demanded about hiring the Mohawks against Uncas, they solemnly denied it;

only they confessed, that the Mohawk, being a great sachem, and their ancient friend, and being come so near them, they sent some twenty fathom of wampom for him to tread upon, as the manner of Indians is.

And Canonicus’ son…used this asseveration, viz. Englishman’s God doth know, that we did not send to stir up or hire the Mohawks against Uncas. Then they further promised, that they would not meddle with Uncas, nor stir up any other against him, before they had paid all their debt of wampom to the English, and then they would require satisfaction for all the wrongs Uncas had done them, and if the English would not see them satisfied, they would consider what to do.

And for their wampom behind, etc., they desired the English to bear with them, in regard their want of com last winter had made them lay out their wampom to the Enghsh for com; but in the spring they would provide part of it, and the rest so soon as they could.” 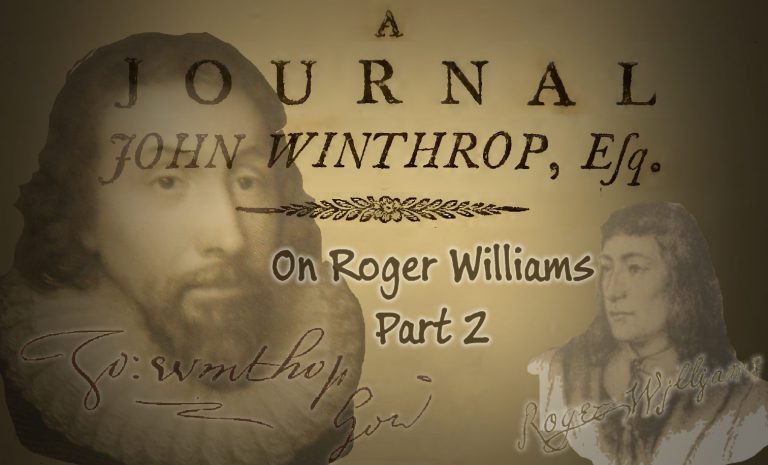 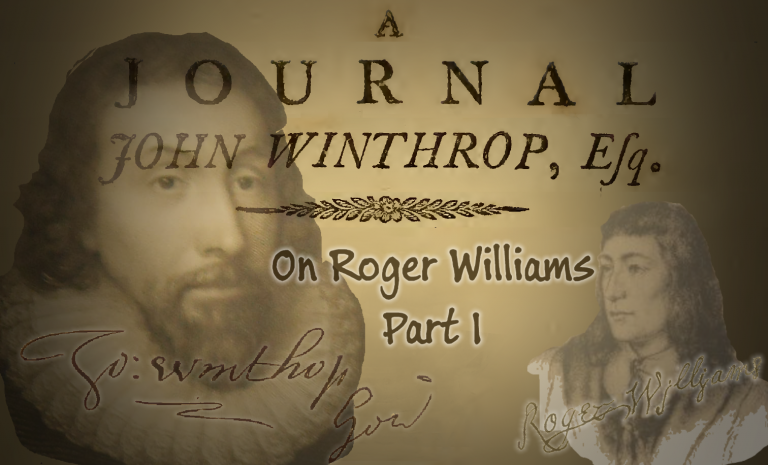