Biography: Katherine Williams was born to Alice Pemberton and James Williams. She was the sister of Roger Williams of Providence, Rhode Island.

The will and probate for her first husband Ralph Wightman proves the relationship to Roger Williams and gives good evidence of many facts: 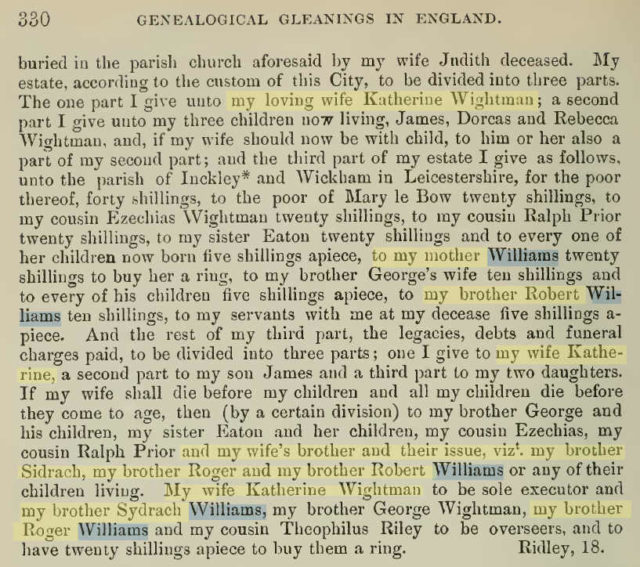 …and has two more kids.

Her mother Alice outlived her by six years and passed away on August 1, 1634, in London, London, England, at the age of 70.

Note 1: Her husband Ralph Wightman died in December 1628 with probate occurring in February 1629. She definately outlived him because she married her second husband John Davies prior to 1634.

Note 2: Her mom Alice Pemberton passed in 1634. Her will says that Katherine is “now married to John Davies”. My conclusion is that after 1634 is the most current estimate of her death.

The American Tradition of Separation of Church and State
March 10, 2019

Roger Williams Biography and Dedication to the Freedom of Conscience
February 17, 2019