Did Trump keep his campaign promises?

Trump says he kept all his campaign promises, but he also tells about 4,000 public lies per year. So, what's reality? I've been trying to name ONE campaign promise Trump has actually kept, and I can't find one! Seriously! 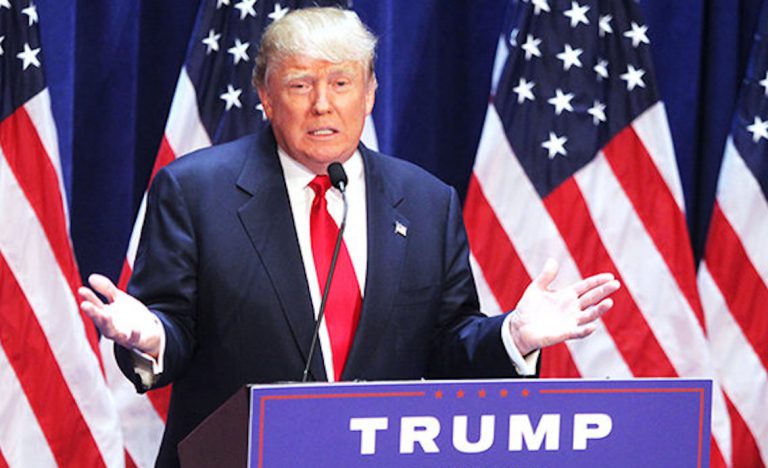 Trump says he kept all his campaign promises, but he also tells about 4,000 public lies per year. So, what’s reality? I’ve been trying to name ONE campaign promise Trump he actually kep, and I can’t find one! Seriously! I’m sure he’s kept a few of his promises, but I can’t think of any. I do wish to put his real accomplishments here so please help me out.

I worry some people no longer have the ability to see facts. People have different opinions on how our society should move forward. Debate is good only if both sides base their arguments on facts.

He said he would ONLY nominate supreme court justices from a list of 20, but after he was elected, he added Kavanaugh and 4 others to his list in Nov 2017 10 months AFTER he was elected! What? That’s not a promise kept! That’s a promise explicitly not kept! I do realize that Trump supporters like Kavanaugh, but there’s a difference between a promised kept, and a decision you like.

He said he would protect Social Security and Medicare but his new budget slashes them.

He said he would give the middle class a tax break and that the rich had to pay a bit more. He did the EXACT opposite!!!

He said he would balance our budget and lower our national debt. So far, he’s added more than $2 trillion dollars! More than any other President!

He said he would release his taxes. Nope.

Will Not Profit on Presidency

He said he would not profit off the Presidency which is a crime. He has, and is a criminal.

He said he would abide by our Presidential no nepotism laws. He lied and found a way around them.

He said he would put his company in a trust and not be involved. He didn’t. In fact, he wrote criminal checks to Cohen in the oval office!

He said he would repeal and replace NAFTA. He did neither. He’s trying to replace it now with a slightly modified NAFTA. If you liked NAFTA before, you should like the new one if it ever becomes law which is unlikely at this point. However, if you did not like NAFTA, you should hate this one too. It’s the same thing.

For Trump Supporters, Trump replaced NAFTA with the dramatically better USMCA. The reality is that NAFTA is still the law. Nothing has happened yet. NOTHING!!!!!!!!!

Trump and his base appear to be satisfied with a public “we win” declaration. Nothing happened, but they don’t seem to know, nor care. They think Trump replaced the bad NAFTA with the good USMCA.

Trump said he would repeal and replace the bad NAFTA, but he didn’t. If USMCA ever becomes law, he essentially renamed NAFTA and tweaked it a tiny bit. It’s really like NAFTA 1.01, a few things are better, a few things are worse.

Those that “legitimately” opposed NAFTA should still oppose USMCA because it’s essentially the same deal.

A Little NAFTA History: NAFTA (a George Bush bill implemented by Clinton). The original NAFTA, which took effect in 1994, tore down most trade barriers separating the United States, Canada, and Mexico. Like Trump, many Democrats blamed NAFTA for encouraging American factories to abandon the United States to capitalize on lower-wage Mexican labor and then to ship goods back into the U.S., duty-free.

He said he would repeal and replace the Iranian deal. He only repealed it leaving us in a worse strategic position. READ MORE

He said he would repeal and replace TPP, but he only repealed it giving up our leverage over China. Huge strategic mistake.

Note: The TPP was just a proposed treaty. It was never ratified and never went into effect.

He said he would repeal and replace ObamaCare. He did neither but did manage to make it worse.

He said he would be able to take care of North Korea, the only thing he did was give Kim Jung Un everything he wanted. A world-wide stage, legitimized, China and Russia are now going to meet with him, sanctions are relaxed from them. NK won, America lost. Huge strategic mistake.

Work with Democrats and Moderate Republicans

He said he knows how to talk to politicians and make deals. Well, that was a lie. He’s easily the worst negotiator I’ve ever seen. His approach appears to be a win-lose zero-sum mindset. Ugh. That’s a big deal and completely wrong for any leader to hold, let alone our President.