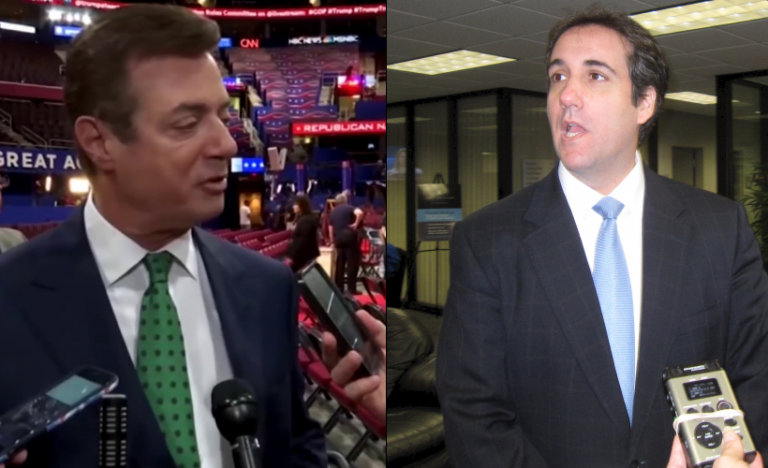 December 7, 2018 was a pretty big day in the Mueller investigation.

Manafort had a cooperating agreement with Mueller, lied to prosecutors, and shared the lies with Trump.

This is on top of the Cohen pleading guilty last week to lying to Congress. Trump most likely knew about that as well. Think about that, the President of the U.S. was in contact and working with a known Federal criminal lying to Federal prosecutors. And, Cohen lied to Congress for Trump. Richard Nixon was impeached for less.

What did he lie about? Manafort lied about talking with Trump, and talking with Russian operatives. Wow. Manafort was caught talking to both. The go between?

In this document, we learned, or confirmed…

In this Southern District of New York document we learned that Cohen plead guilty to Federal crimes at the direction of Trump. If Trump had lost the election, Trump would have been charged along with Cohen for these Federal crimes, but because he’s president, he is not being charged. See page 12 of criminal indictment document. The charging document said Cohen did not cooperate with the SDNY as much as he should have. As an attorney, he is held to a higher standard. The charging document said he acted with a criminal mindset.

TRUMP COMMITTED FEDERAL CRIMES!!! Wow, on this day Trump said the big news “cleared him”, but, like usual, it’s the opposite. Federal prosecutors concluded that the sitting President of the United States committed Federal crimes.

Think about this. The President of the U.S. conspired with Cohen to trick voters in the 2016 election. Would he have won if his voters knew he did this? As Americans, do we want fair elections? Blagojevich is in prison for 12 years for far less!!!!!

A quote from page 23 of the SDNY sentencing document…

“Cohen’s commission of two campaign finance crimes on the eve of the 2016 election for President of the United States struck a blow to one of the core goals of the federal campaign finance laws: transparency. While many Americans who desired a particular outcome to the election knocked on doors, toiled at phone banks, or found any number of other legal ways to make their voices heard, Cohen sought to influence the election from the shadows. He did so by orchestrating secret and illegal payments to silence two women who otherwise would have made public their alleged extramarital affairs with [Trump]. In the process, Cohen deceived the voting public by hiding alleged facts that he believed would have had a substantial effect on the election.

It is this type of harm that Congress sought to prevent when it imposed limits on individual contributions to candidates.”

Cohen fancied himself a fixer like the fictional character Ray Donovan on Showtime. From page 32 regarding late 2015…

“…Cohen threatened a journalist for investigating a negative story about [Trump], telling him:

‘I will make sure that you and I meet one day while we’re in the courthouse. And I will take you for every penny ou still don’t have. And Iwill come after your [employer] and everybody else that you possibly know….So I’m warning you, tread very fucking lightly, because what I’m going to do to you is going to be fucking disgusting. You understand me?'”

In this Mueller document we learned the new fact that Trump conspired with Russia as early as Nov 2015. A Russian national who claimed ties to the Kremlin told Michael Cohen, Trump’s personal attorney, that Trump can rely on the Russian government for both Trump’s business and political prospects. They discussed “synergy” which is another word for collusion and conspiracy.