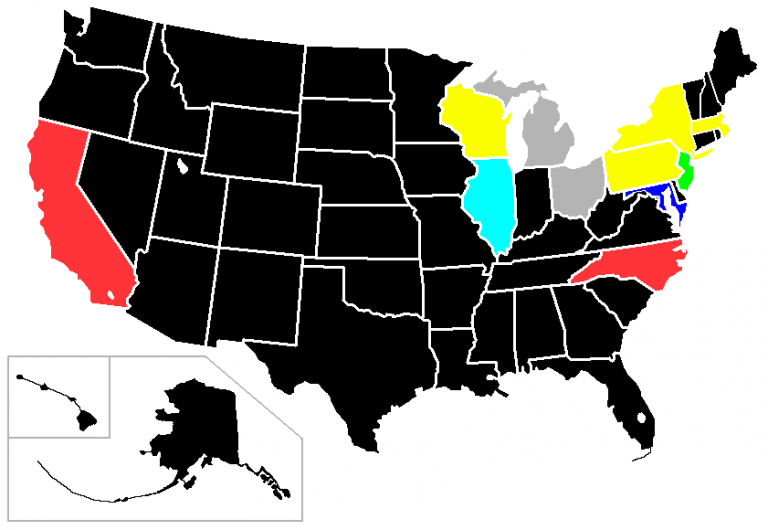 Was Donald Trump right when in 2012 he tweeted:

“The electoral college is a disaster for a democracy.” –Donald Trump, 6 Nov 2012

The electoral college is a disaster for a democracy.

This wasn’t a one-time slip of the tongue. Trump reaffirmed his position on Sixty Minutes about a week later.

“I would rather see it, where you went with simple votes. You know, you get 100 million votes, and somebody else gets 90 million votes, and you win.  There’s a reason for doing this.  Because it brings all the states into play.” –Donald Trump, 13 Nov 2016

There are a number of good ideas out there to improve our voting system including the Ranked Choice Ballot. This article focuses on the National Popular Vote Interstate Compact. But first, let’s take a quick look at our form of democracy: Representative Democracy.

In a republic like America, laws are made by representatives who are chosen by the people. The new laws must comply with our constitution which specifically protects basic rights of all including the minority. The courts decide if a law is constitutional or not. And, any law can be put up for a vote by the people to make use of direct democracy.

Example 1: CA Gas Tax, An Example of our Democracy at Work

In 2019, California’s Democrat-controlled state Legislature passed a bill that required all presidential contenders to publicly release five years of federal income tax returns or the candidate cannot run on the state’s primary election ballot. The law also required the same for anyone running for the California governorship. The idea was to increase transparency and inform the voters who they are electing to be their representative. There is a reasonable question as to whether this new law is constitutional. In September, 2019, a federal judge ordered a temporary injunction. The new law is going through the courts to see if it is constitutional.

The National Popular Vote Interstate Compact (NPVIC) is a plan to turn the presidential election into a national vote if each state adopts it. In this agreement, all the states would award all their respective electoral votes to the popular vote winner of all 50 states. This compact would honor our representative democracy and implement a direct democracy voting mechanism for the highest office in America.

As of this writing in November 2018, 12 states have enacted the bill.

The Math, An Example

Keep in mind that the Electoral College is NOT in the Constitution, but was part of the original design. Also, the 12th amendment was ratified in 1804 and forced the states to use the popular vote to divide up electoral votes making it a bit more democratic. Our 3rd president Thomas Jefferson was the first president elected for his second term using our current electoral process.

The National Popular Vote Interstate Compact is an interesting movement and would get around the Constitutional problems, support states rights, and solve the problem. Currently, 12 states have adopted it.

There is some opposition to this plan by Republicans. After all, the Republican presidential candidate has won 4 of the last 6 presidential elections, but only won the electoral college for two of the elections.