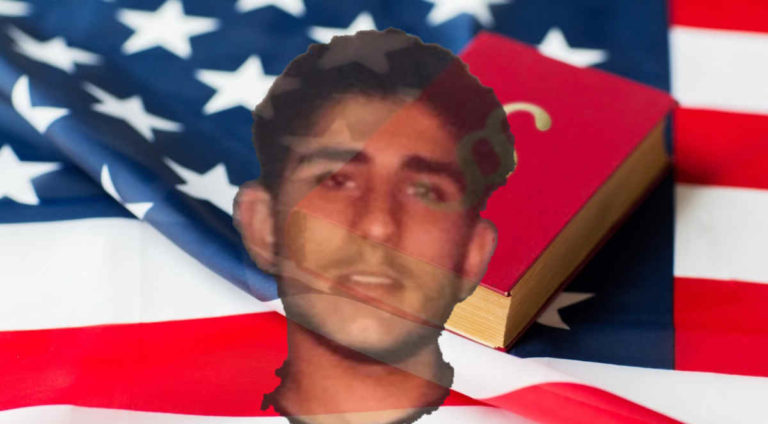 Jimmy Aldaoud arrived legally in the U.S. when he was a year old. At 41, he was deported to Iraq –– a country he had never set foot in. The Trump administration deported a legal resident with all proper paperwork because he had commited crimes. Two months later, he was found dead in Baghdad because he could not get insulin. The Trump administration unwittingly gave Jimmy the DEATH PENALTY. 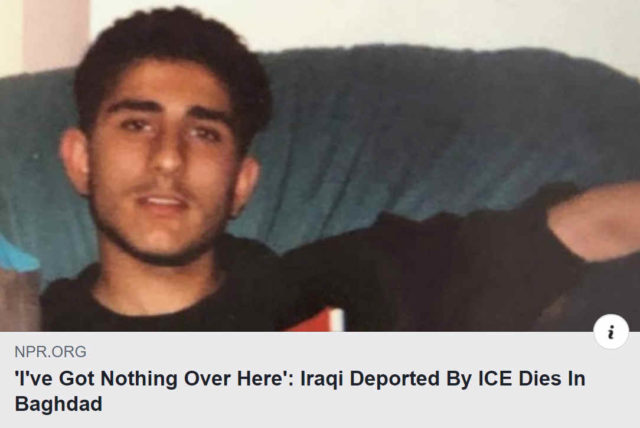 Was Jimmy an American?

Jimmy’s parents immigrated here legally when he was only months old. He was a legal resident of the United States for his entire life. So, YES, he was an American. He knew no other country, nor culture.

Some say he should have become a naturalized citizen. Sure, ok. I agree. But I think that’s a red herring. He immigrated here legally. He was a legal resident of the United States. To say anything else is, well, at least wrong from my viewpoint.

Citizenship Status is a Protected Class

The Supreme Court has ruled that if you discriminate because someone is not a naturalized citizen, or overstayed their visa, or came here illegally that you are breaking the law. We are all law-n-order folks and that’s the current law. Trump supporters want to enforce the laws they agree with and ignore the laws they disagree with.

What about the fact that legal residents can neither vote nor get a passport?

But He’s a Criminal!

Jimmy did break the law and because he broke the law, Trump supporters say he is a bad person. Fair enough. And, I tend to agree with that sentiment. I don’t think our government should be deporting Americans no matter what. However, if a Trump supporter disagrees and sticks with their position that all legal residents are NOT Americans no matter how long they’ve been here, I accept that and we’ll just have to agree to disagree.

Was Jimmy a Bad Person?

If you look at Jimmy’s history, you can see that he was mentally ill. He was bipolar. Anyone with experience with someone who is truly bipolar, understands they tend to break the laws over several decades. It’s a complex problem. I don’t think our government should be deporting Americans including legal residents who are mentally ill.

The Cruelty Is the Point

I’m sure some Trump supporters like that this American died. My hope is that none of my Trump friends actually wanted this, nor like that the event occurred.

“…when people come up, they have to know they can’t get in…” -Donald Trump, Sr.

Do Democrats Want No Border Laws?

1) When enforcing ALL LAWS the government needs to enforce them humanely and with good intent. It’s clear Trump and Trump supporters are inhumane. That’s why you see “the cruelty is the point” all over the place. Those words and the like are repeated by the Trump administration including Stephen Miller, arguably the author of the practice, and Trump himself.

It’s also clear that the intent is NOT to enforce the laws but to pick on brown people coming over the southern border. That’s why Trump supporters don’t care at all about the Canadians illegally crossing our northern border or overstaying their Visa. They also don’t seem to care about immigrants from non-shithole countries.

2) When changing laws the Democrats, Independents, and Moderate Republicans want the laws to be changed using the process set up by our Founding Fathers, Congress.

Trump supporters, is this really what you want? I understand we are all for upholding laws and protecting our borders, but PLEASE chime in and let me know this was not what you wanted.