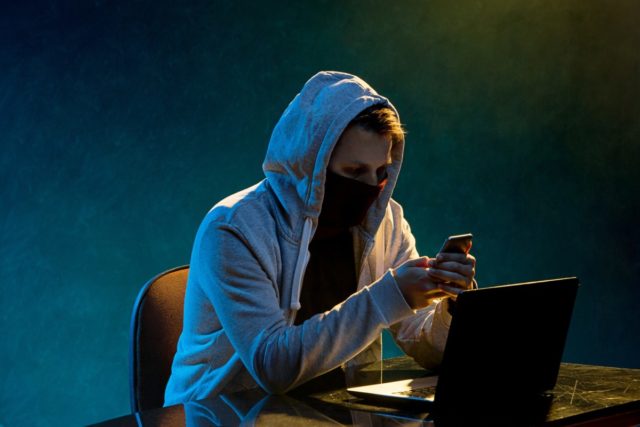 Trump committed another crime this morning, witness tampering. The President of the United States LITERALLY threatened a 33 year United States Ambassador for testifying under oath to the United States Congress, a co-equal branch of government. It’s also amazing that we got to see the Ambassador’s reaction to Trump’s threat in REAL-TIME live on TV.  It’s also interesting that at nearly the exact same time, Roger Stone was found guilty on all 7 counts. This is important for several reasons. First, history will have court transcripts documenting Trump’s and Stone’s roles in various crimes. Secondly, we learned several new facts..Read More/Comment 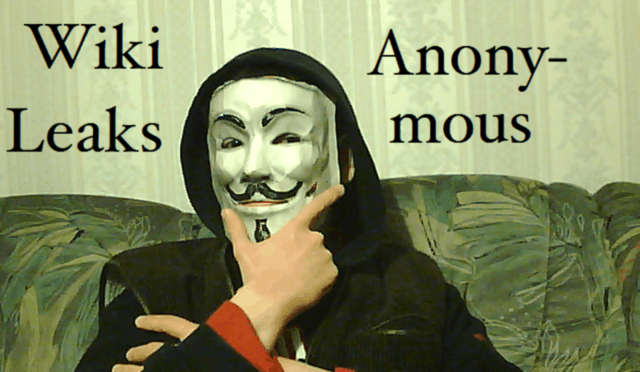 During the month of November 2018, Trump testified in writing that he never spoke to Stone about Wikileaks which was a lie. President Trump committed perjury regarding a crime. Contrast this with Bill Clinton who was impeached for lying under oath about a blow job where he attempted to obfuscate with “It depends on what the meaning of ‘is’ is.“ OPED: President Clinton did commit perjury during Grand Jury testimony which, in my opinion, is definitely an impeachable offense. I also believe that Ken Star was a jerk, disgraceful, and un-American for asking a sitting President about a blow job…Read More/Comment 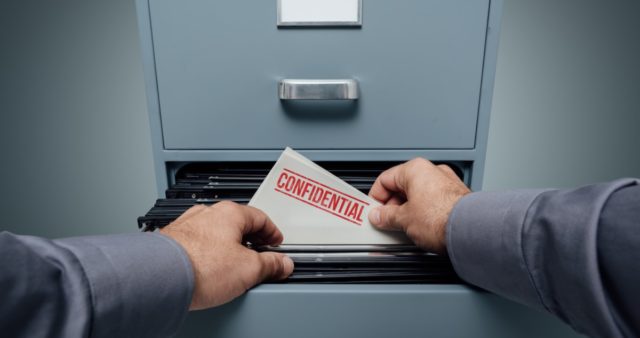 Yet again Trump and Trump allies are trying to uncover the whistleblower’s identity which is illegal. The President and his allies are once again breaking the law! Especially because it is very obvious they want to uncover the whistleblower so they can attack him or her with an unjustified smear campaign which, again, is definitely a wrong thing to do. The President and each elected representative took an oath to uphold the Constitution and the laws of America. The whistleblower’s legal team released a statement that included the following: “Our client is legally entitled to anonymity. Disclosure of the name..Read More/Comment 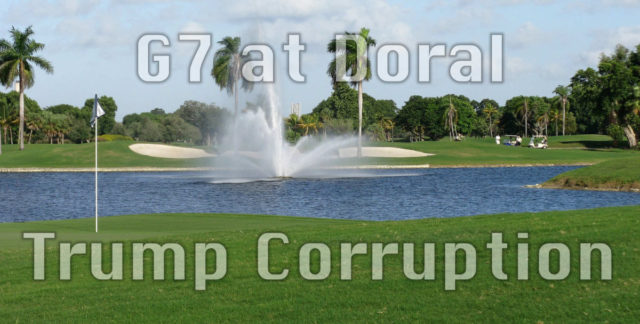 Yet another Federal law broken today by Trump. The Federal laws he is breaking directly support the anti-corruption clauses in the United States Constitution. Trump announced today that next year’s G-7 gathering of world leaders will take place at the Trump National Doral Miami resort. Trump is violating the Constitution and arranging illegal arrangements to put $$ in his pockets in full view of everyone. He claims he will not benefit in any way, but clearly he will benefit personally in many ways. Taxpayers are ALREADY paying for Camp David including fulltime staff, maintenance, and security. Trump should make use of..Read More/Comment

In Feb 2019, Trump declared an illegal national emergency and ordered that money allocated by Congress for Pentagon military construction projects be used instead for the wall. Our Constitution gives budgetary responsibility to Congress ONLY! The only statistic you need to know to verify this is not an emergency is that immigration arrests are down 80% since 2000.  Update: On Friday, Oct 10, 2019, a Federal judge ruled the President of the United States broke Federal law. In Trumplandia: Who’s going to build the wall? Mexico. Who’s going to pay for the wall? Mexico. In reality: Who’s going to build the wall? We..Read More/Comment

Trump literally called on China to investigate one of his political opponents, Joe Biden. Right on TV. In the open. Again. This act broke less laws than the Ukraine blackmail phone call, but is still illegal. Crime=Federal campaign laws. It is illegal to “solicit, accept, or receive a contribution or donation” from a foreign national. Trump himself released a transcript that indicates he likely broke this law. This law defines a “contribution or donation” as “money” or another “thing of value”. The opposition research on Biden is a “thing of value.” Trump supporters need to decide if they believe their..Read More/Comment

Not a crime, but a bad act: Trump met with Lavrov and Kislyak in the oval office. We know because Russia reported this meeting. The Trump administration did not document this meeting. In the meeting, Trump told Russia he didn’t mind their 2016 Election Interference because America has interfered in other country’s elections. This is the same meeting where Trump told them that firing Comey took the pressure off. Unverified Reporting: Washington Post reported on 9/27/2019 this news based on 3 former officials. They also reported that the documenting of this meeting was kept secret. Mueller Note: Why didn’t Mueller..Read More/Comment 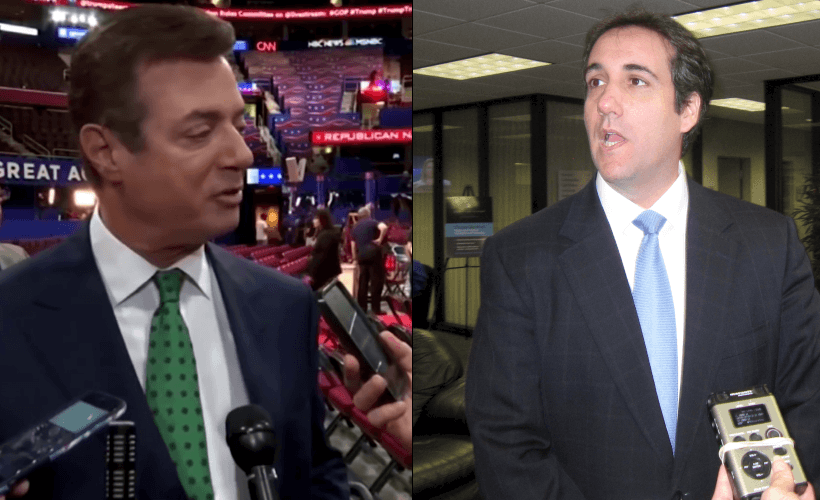 Ukrainian officials reveal the existence of a handwritten ledger documenting that Manafort received millions of dollars in payments from Yanukovych’s political party. These payments ultimately end up as part of the criminal charges filed against Manafort. 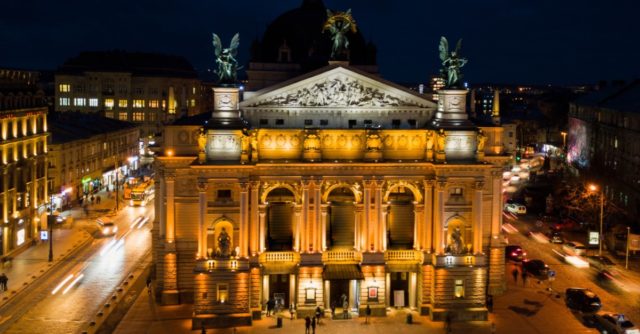 This one crime is more than enough to impeach a President. On 25 Jul 2019, Trump called Ukraine’s President and asked him 8 times to investigate Joe Biden’s son or else Trump would withhold the $250 million in aid desperately needed by Ukraine to fight off Russia.  Mostly Verified but details needed: We know the phone call occurred. Giuliani admitted on CNN that he asked Ukraine to investigate Joe Biden’s son. Trump mostly confirmed these details too. Trump said that he spoke to Mr Zelensky about the problem of corruption and also about Biden and son Hunter among other issues. 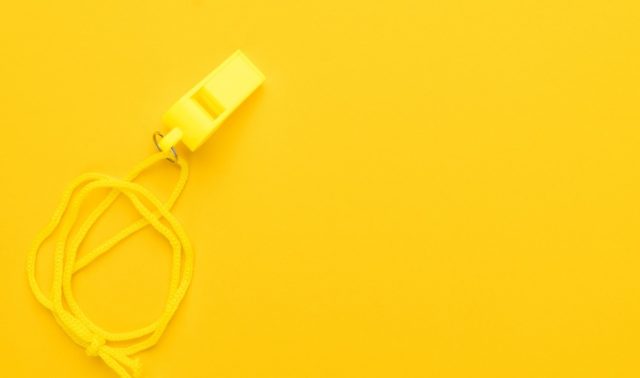 Another 4 Trump crimes uncovered in last 24 hours:  Trump Crime 1: Cory Lewandowsky testified under oath that Trump directed him to refuse to answer questions from Congress preventing Congress from performing their constitutional oversight duty written into the constitution by our Founding Fathers.  Trump Crime 2: A whistleblower submitted a complaint to the IG that said Trump went way beyond his Article II powers and promised something to a foreign leader that broke the law. CNN reported that Trump asked Ukraine to interfere in our 2020 election in exchange for the $250 million in support. Reporting says that Trump..Read More/Comment 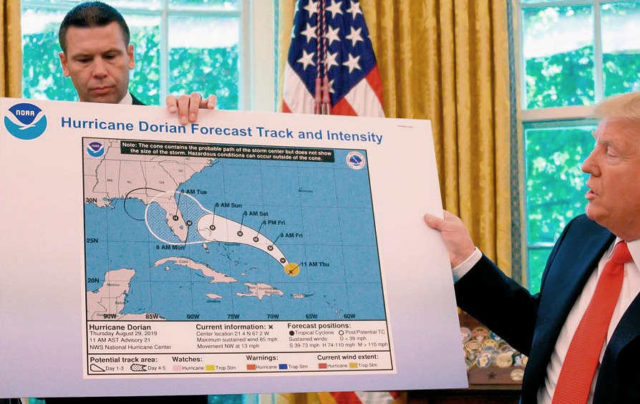 On Wednesday, September 4, 2019, Trump displayed an altered official weather graphic. Trump was trying to validate his false claim, likely just a slip of the tongue, that Alabama five days into the storm could be affected by Dorian so he or his team altered an official graphic of Hurricane Dorian’s trajectory to include part of Alabama. This is not the behavior of a healthy human, nor of a healthy administration. The fact that the Republican Party and the RNC both stand by Trump shows the Republican Party is not currently a healthy political party. To state it more bluntly,..Read More/Comment 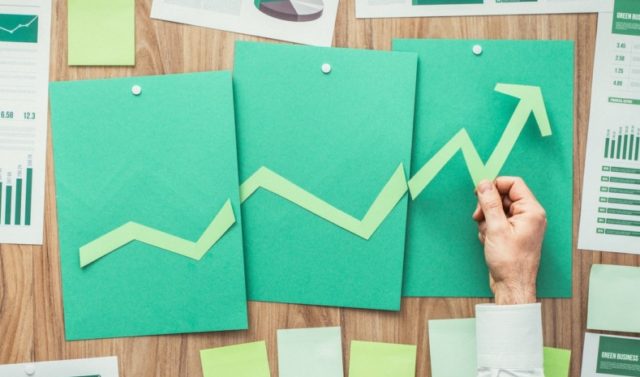 On Monday, August 26, 2019, Trump announced at the G-7 summit in France that China in a recent phone call expressed desire for a deal. This news pushed the market higher gaining 250 points on the announcment. This was another LIE and crime! It is illegal under both securities and antitrust laws. The Securities Exchange Act of 1934, Section 9, specifically makes it unlawful to manipulate security prices. Verified: Trump aids verified the phone call was fake and China insists it was unaware of the calls. 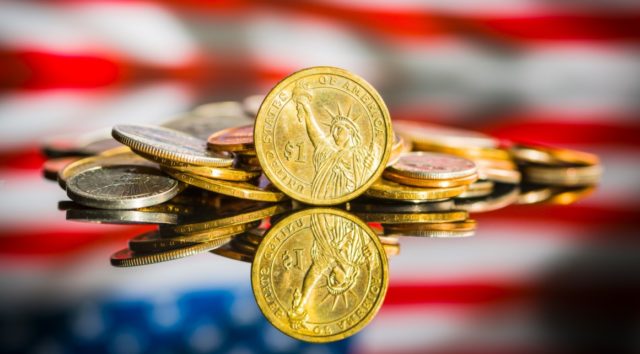 Trump once again lined his pockets with tax dollars breaking the laws of the land. This time the Domestic Emoluments Clause from Article II, Section 1, Clause 7 of the United States Constitution–also known as the Presidential Emoluments Clause. He told Pence: “…you should stay at my place,” –Trump Now, Pence said he would pay for his part of the stay at the hotel, but is NOT paying for all the other support staff, nor the extra money needed for the extra travel needed. [See CNN article.] If any politician at any level of government committed this one act of..Read More/Comment 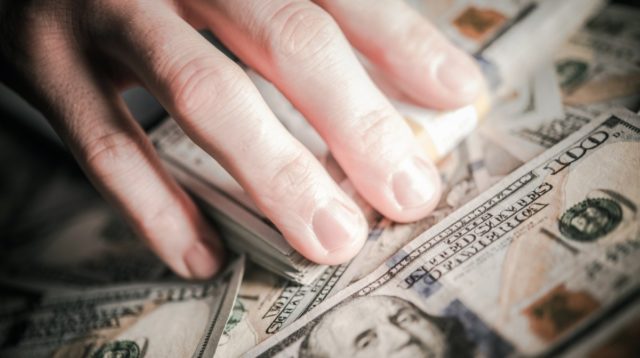 Trump knowingly committed felony bank fraud to the amount of $1/4 BILLION! In an attempt to get a loan, he gave Deutsche Bank a financial statement where he valued a $15 million property at $291 million. This is the exact same crime both Manafort and Cohen are going to prison for later this year. Note: This is just one of the many known bank fraud crimes Trump committed. Verified: Cohen provided the proof in the form of financial statement to Congress on 2/27/2019. The only question now, is will a prosecutor that has jurisdiction indict Trump prior to 2022.

In the oval office, Trump writes a check to Cohen to reimburse an illegal campaign contribution that had the intent of hiding information from voters — a crime. The goal was to hide the affair with Stormy Daniels. Trump’s disclosure documents falsely claimed Trump owed no money to Cohen–another lie. Verified: Not in dispute. We have the check (above),

Justice Department opens two investigations into President Trump: 1) a counterintelligence investigation, 2) an obstruction of justice investigation. Around this time, Justice Department holds serious meetings on whether VP & Cabinet can and should invoke the 25th Amendment. Also around this time, Rod Rosenstein offers to wear a wire when speaking with Trump as part of their counterintelligence investigation into President Trump. McCabe takes the issue to the FBI lawyers to discuss the merits and legality of wearing a wire on the President of the United States. Trump complains to McCabe about Comey’s plane ride back from Los Angeles after..Read More/Comment

On Aug 2, 2016 Manafort, the campaign chair for Trump, left Trump Tower in the heat of a Presidential election to meet with a known Russian political operative, Konstantin Kilimnik. Kilimnik flew in from Russia just for this meeting. Trump’s campaign deputy Rick Gates also attended the meeting. They met at 666 Fifth Ave which was owned by Jared Kushner and in deep financial trouble at the time. They met in the Grand Havana Room. Manafort shared polling data just 5 days after Trump says, “Russia if you’re listening…”. Why would Trump’s campaign share campaign data with Russian spies? Another subject discussed at this meeting..Read More/Comment

On July 25, 2016, Stone sent an email to Steve Bannon with the subject line, “Get to WikiLeaks.” The body of the message read, “Get to Assange at Ecuadorian Embassy in London and get the pending WikiLeaks emails . . . they deal with Foundation, allegedly.” On the same day, Steve Bannon forwarded Stone’s email to an associate who lived in the United Kingdom and was a supporter of the Trump Campaign.

Sometime in May 2016, the DNC and the DCCC became aware that their computer systems had been compromised by unauthorized intrusions and hired a security company to identify the extent of the intrusions. A few weeks later, on June 14, 2016, the DNC publicly announced that it had been hacked by Russian intelligence (GRU/KGB). From Jul thru Nov 2016, Russia, through WikiLeaks, released tens of thousands of stolen documents stolen from the DNC and the personal email account of the chairman of the U.S. presidential campaign of Hillary Clinton. During the summer of 2016, STONE spoke to senior Trump Campaign officials about Russian Intelligence..Read More/Comment

Roger Williams Founder of our pluralistic American society. My 10th great grandpa was 400 years ahead of his time.
Philosophy The nature of existence including metaphysics, belief systems, and applied philosophy.
Truth Hammers Discover objective truth by using facts and reason as applied to science, law, and journalism.
Our Time News, politics, health, the Constitution, history, etc. as viewed using facts and reality.